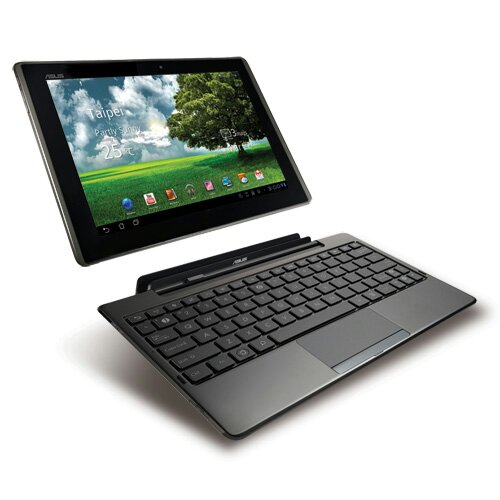 Four Lakes HQ has a new baby – the Asus Eee Pad Transformer TF101. A bit of a mouthful that, and I’m sure it’ll be shortened at some point. For now though it’s all new and shiny, and it remains to be seen if it will be the useful addition to the stable that I’m hoping it will be.

Before I launch into the reasons for purchasing the TF101, lets have a quick look at what it is first. The technical specs are available on the Asus website, and there are many reviews online too, so this blog post, and probably a few more to come, will focus more on how useful the device is to me. That usefulness will not be restricted just to my web development experience either, as the Eee Pad will have a role in the household, neatly (hopefully) illustrating the crossover use of many computing devices these days.

Many entrepreneurs have found that the dividing line between work and not-working has blurred to the point where they find the working day ends when they close their eyes to go to sleep. With no real distinction between work and play, having separate computing devices for both environments makes less sense than it used to. This has been typified over the last couple of years by the ongoing rise of the smartphone, allowing those that can’t or won’t stop working to remain in constant contact with emails, facebook, twitter, web, etc, etc.

Into this environment in the last year or so has appeared the tablet computer, typified and popularised by the Apple iPad. It’s not the first attempt at tablet computing, but previous efforts suffered from usability issues mainly associated with the use of an operating system, Windows, better suited to larger form factors.

The iPad works as a tablet for a couple of reasons. The operating system it uses was developed initially for mobile phones, so using it in a larger device, with more computing power and storage, will only serve to improve performance. Additionally, the usability of a smartphone, based almost exclusively around the use of a touchscreen instead of buttons or keys, transfers very easily to a tablet device too. Apple’s fabled user-friendliness is a major factor too.

But the iPhone has been overtaken as the most popular smartphone by the myriad of phones powered by Google’s Android OS. Indeed, I’ve been using one for almost two years now. There are many similarities between the two systems, although Android is more open for developers, and powers a wide range of phones, including many that are significantly cheaper than an iPhone. Therefore, a move into tablet computing for Android devices was a near certainty, and right now there is a reasonable amount of choice between iPad clones, and smaller, 7″ tablets that fill the gap between 4″ touchscreen phones and the 10″ larger tablets.

Back to the Transformer

An Android-powered tablet seems the right choice for Four Lakes. For a start, the familiarity with Android and the choice of apps certainly helps. But I had also been considering purchasing a netbook so I could work more effectively when away from my home office. The Asus offers a keyboard that the tablet slots into, so that it becomes to all intents and purposes a netbook. Given that updating website content is a likely ‘on the road’ task, a physical keyboard is very desirable.

The other side of the equation is how well the transformer will fit into home life. And I have high hopes for it’s usefullness there too. Already, my family and I have identified a number of areas where it will be much more useful than my desktop-replacement laptop:

The Asus has been in use for less than 48 hours, although initial impressions are definitely good. It’s a sturdy enough chassis, and keeping it hooked up to the keyboard as much as possible ensures that the screen is protected very well. I suspect a protective sleeve will be required at some point, though, as taking the keyboard everywhere may not be totally practical. Battery life seems promising, with the tablet promising 6 hrs+ by itself, and up to 15 hrs when connected to the keyboard, which contains a battery of its own.

A range of apps have been intalled, and in a futue blog I will go through which ones I have ended up choosing for the various day-to-day needs.

In closing, though, I will mention one app. This website and blog is built on WordPress, and I created this article using the WordPress Android app. It was a pretty smooth experience, although the formatting options are much more restrictive and there seemed to be an issue choosing the right category. However, it definitely a viable alternative to firing up a browser on the tablet, in particular if you don’t happen to be in range of a wifi connection or use mobile broadband. All it needs is a little tidy up before the publish button is pressed.

P.S. Inspiration still hasn’t provided me with a nickname for the wee beastie yet…what do you think it should be called?