The End of the Anonymous Internet? 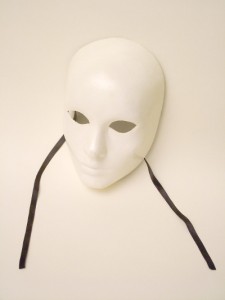 I was chatting with a fellow business owner recently. In actual fact I was try to entice him to attend our new online networking sessions, Coffee and Tech. He was pretty enthusiastic, until he realised he would need a webcam to attend as it is essentially a free video-conference for up to 10 people.

The lack of a webcam on his PC took me a little by surprise, as the ubiquity of Skype and other video-calling services, allied to the growing market share of laptops (which all come with built-in webcams these days) over destop PCs means that it’s quite unusual for someone not to have easy access to a webcam on demand.

Interestingly, during the first Coffee and Tech session, part of the discussion touched on how people’s behaviour during a Hangout (the free Google+ video-conference facility) doesn’t always match their behaviour in text-based interactions, such as Twitter.

Is it fair to say that many people amend their behaviour when communicating via a keyboard? Do mild-mannered accountants become raging megalomaniacs when the worst possible comeback is a line of characters on the screen?

Being honest, I have written things online that I would not have said if face-to-face with the other person. I’m sure many others can say the same thing. Certainly, having the opportunity to take a little time to formulate your next sentence, paragraph or email allows us to organise out thoughts, and gives those who may be less quick-witted but no less intelligent a chance to hold their own in a discussion.

But often it goes beyond that, particularly if the identity is truly anonymous and you are only known by a fairly random ‘User ID’ within an online community. In these places it is far-too-easy for someone to completely change their identity, so that their online persona more matches the person they want to be rather than the person they are. That may be older or younger, fitter or fatter, even the opposite sex at times.

The desire to be someone else on the internet can also arise for reasons that go beyond the simple desire to try a different persona. In this case, though, the behavioural change is frequently less marked, or it may even be that the online persona is closer to the ‘real’ person.

The Socialisation of the Internet

The world that fostered and embraced such anonymity is now changing, and those changes are being driven by Facebook, Twitter, Google and everyone else trying to jump on the social network bandwagon. No longer is it OK by all and sundry for you to be known as ‘bubba123’, a Jedi Knight from Atlantis. Nope, that simply won’t do any more.

Why? It’s pretty simple really, and all to do with advertising. Think back to when Mark Zuckerberg was actually as young as he looks now, and ‘The Facebook’ was a means of American college students keeping in touch with each other. He may not have realised it then, but the decision to try to grow the user base as much as possible and worry about how to make money out of it later was, pretty obviously in hindsight, a masterstroke.

It’s all about the data

The point at which Facebook started making serious money was not long after its user base became attractive to advertisers. Never before did they have access to a single database of hundreds of millions of people, where significant amounts of personal information was known, without having to spend a *lot* of money purchasing the data in the first place.

“Want to sell your lipstick to females aged between 18 and 40, living in the UK? Sure, no problem, here’s half a million people in front of whom you can place your ad.”

So Facebook found a way to gather more personal information from vast numbers of people than anyone before. It’s now a proven model. So others are trying to do the same thing…most obviously and successfully, Google. There are many parallels between Google+ and Facebook, simply because Google are trying to glean the same information from you that Facebook has.

As a result, the pressure on the people with the money (that’s you and me spending our hard-earned) to provide more and more information continues. But in return, we get access to more and more services. Facebook is a great way of keeping in touch with friends and relatives without having to send out the clichéd Christmas missive detailing what’s happened in the past year. Want Aunt Mabel in Melbourne to see little Jonny’s first rugby match? Upload it to Facebook and wait for the ‘like’.

Similarly, the sheer range of online services offered to consumers and small businesses for free by Google (Gmail, Google Docs, Youtube, Analytics, Google+, etc, etc, etc) is rather staggering when you take the time to absorb it all.

Of course some people object to opening their souls to enormous American organisations. I can understand their reluctance, and they are not forced to have a Facebook, Twitter or Google account. But I also think it’s perfectly acceptable for those companies to restrict their ‘free’ services to those who offer up some personal information.

It’s an old saying, but perfectly true even today…

Nothing in life is free