Why I Won’t Buy Apple 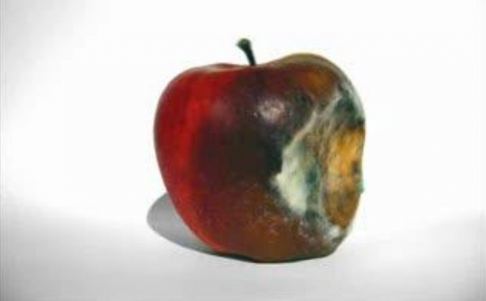 Apple make beautiful products. Given the title of this article, that statement might surprise you, but it’s not difficult to say, because it’s true. iPhones, iPads, etc. are very well constructed items that exude an aura of class and quality. Yet I refuse to purchase anything Apple. Why? Rather than give my reasons dotted around various parts of the internet; namely blog comments, Facebook, Google+, etc; I figured it would be better to put all my reasons here in one place and just refer to this when the subject comes up.

What I DO Use

Before launching into my reasons for being an Apple-free zone, firstly let me outline what technology I do use.

My main PC is from the lovely guys at Chillblast. It runs Windows 7, although near the top of my todo list is to set it up to dual boot to Win7 & Ubuntu, probably with Ubuntu as my main OS.

I have an older PC from Mesh (now defunct) which was dual-boot too (Vista & Ubuntu – although rarely booted into Vista). Not quite decommissioned yet, but will be soon.

A 4+ year-old Samsung R560 running Win 7 (upgraded from Vista) and, you guessed it, Ubuntu. This is more a homework PC for the kids these days, but occasionally gets used if I need to visit a client.

About a year ago I purchased an Asus Transformer TF101, now running Android 4.0 (Ice Cream Sandwich)  with a view to using it in a couple of ways:

A couple of weeks ago, I added the Google/Asus Nexus 7 to the stable, running Android 4.1 (Jelly Bean). The intention with this was to replace the Transformer for work purposes, although it’s a great format for reading ebooks too.

I have had an LG Optimus 2X for 16 or so months, running Android via a custom ROM (GR6 by Paul O’Brien of Modaco fame). It will be replaced by another Android handset.

As you can see, there’s a little bit of a theme running through my choices. Android is very much my choice for mobile devices, and I have a preference for Ubuntu on the desktop, but with a recognition that sometimes Windows is the route of least pain! But no Apple.

There are a few reasons which, taken together, push me away from Cupertino’s best. In no particular order they are:

Apple have been very careful to build an environment where their various products work together. Whilst not perfect, they control hardware and software to such an extent that some of the challenges others face with interoperability (e.g. making sure that you cater for a myriad of possible devices connecting to your software/hardware) have been reduced.

However, this approach then ties you into an Apple environment. Want a portable music player to work with your iMac? Why choose anything other than an iPod or iPhone. Want a tablet to go with your iPhone? The iPad is the only sensible choice, sir.

Now this is fine for a lot of people. I’m all for making life easy. But for me, I like to have choice. I like to tinker with hardware and software. I like to be able to choose devices from whichever manufacturer makes the one that suits me best. And then have that device interact with my PC, laptop, etc. In short, I like open standards. Apple isn’t completely against standards, but they will keep things closed whne it suits them. Small example: the proprietary connector the APple use for iPods, iPhones & iPads. The rest of the word has standardised on MicroUSB, Apple see an opportunity to introduce a new, more difficult to copy, connector and control licencing of peripherals.

There is no doubt that Apple products are at the premium end of the market. Whether it’s an iPhone, iMac or iPod, they are priced to be perceived as luxury items. The great success of Apple is their ability to sell these luxury items in huge quantities. For me, though, I have always wanted to achieve the maximum ‘bang for my buck’.

On the hardware side, it might be argued that Apple products offer better value for money once you factor in resale value. That’s probably right, but it fails to take account of point 1, the Apple Walled Garden (AWG). Once you have one Apple device, you are much more likely to buy more of them. At this point your ongoing costs to feed the AWG habit are likely to rise. Apps on your Apple mobile device generally cost more than on Android, for instance. Open Source software rarely has a version that runs on iOS, so you end up paying for Office software, OS upgrades, Anti-virus (yes, Macs can and do get infected), and any software you need over and above the pretty generous bundled package.#

Additionally, if your need is really for a mid-range device (for instance, you do a lot of stuff online), then you’re not really catered for by Apple. It’s true the cost of, say, a Macbook can be favourably compared with similar top-end laptops from other manufacturers. But there’s nothing further down the scale. If you want a new Apple laptop to just browse the web and send a few emails then you’re out of luck. You need to go premium.

Whilst it’s possible to have a good debate about the first two points, and in doing so I’ll happily concede that the AWG approach does make sense for quite a few people, this third point is one that really bugs me. Apple, mainly through the use of a US patent system that seems inherently flawed, is claiming ownership of many designs and inventions that were actually developed elsewhere. The GUI was developed at Xerox PARC, then copied by Apple for the first Macintosh. The mouse was developed by SRI. Multitouch browsing was around before the iPhone. Steve Jobs even admitted that they stole ideas:

Apple have made a point in recent years of submitting patents for seemingly trivial ‘inventions’ (slide to unlock, anyone?) purely so they can be used as a weapon again competitors, instead of trusting their products on the market. It’s a strategy that is starting to force competitors to defend themselves by using the patent system in a similar way, which is not a good outcome for anyone, particularly consumers.

And yet Apple are guilty too of infringing on trademarks, most recently copying the iconic SBB clockface in iOS6 without first talking to the trademark holder, SBB. Perhaps Apple will learn a little from their reaction, though? Isn’t it much better to meet and discuss a way out of the pickle rather than immediately launching lawsuits?

The New York Times has been running a series of articles exploring what they refer to as the iEconomy. It’s very revealing about the implications of Apple’s new-found pre-eminence in all things mobile. A couple of the articles highlight the poor working conditions in the Chinese factories that manufacture iPhones and iPads, and also, perhaps more surprisingly, in the iconic Apple Stores dotted around the world. Now I’ll be the first to admit that other companies use Foxconn to manufacture devices, and other retail outlets treat their staff shabbily. But Apple are the richest company in the world, and have a unique opportunity to reduce their profit margin slightly to make life easier for the people who, arguably, contribute most to their success. But they don’t. Their focus remains resolutely on maximising their income for shareholders, and avoiding as much tax as possible,  rather than being socially responsible.

Will I change my mind?

It’s quite possible that I will change my mind at some point in the future. But first Apple needs to grow from being the upstart kid who bends the rules in order to overcome the system. Apple are the system now, and have a unique opportunity to help consumers, employees and subcontractors at lot more then they currently do. Come on Apple….step up to the plate!